Drafts indicate the European Commission will give its support to at least 55 new climate-incompatible fossil gas infrastructure projects across Europe – as part of its new list of priority energy projects known as ‘Projects of Common Interest’ (PCI).

The draft was shared with MEPs in advance of an energy and industry committee (ITRE) hearing on the refreshed list yesterday (Thursday 17 October). But Friends of the Earth Europe and Food and Water Europe condemned the Commission’s support for new fossil fuel projects as 'a step closer to climate breakdown'.

Energy projects on the PCI list are eligible to be considered for EU funding under the ‘Connecting Europe Facility’.

The list includes several controversial fossil gas projects which have been opposed by campaign groups across Europe including the Shannon LNG terminal in Ireland and the Krk LNG terminal in Croatia.

This fourth iteration of the list comes as President von der Leyen’s new European Commission proposes the EU become ‘carbon neutral’ by 2050 with a European Green Deal in the first 100 days, and one year after the Intergovernmental Panel on Climate Change (IPCC) warned the world is running out of time to address the climate emergency. Nevertheless, the list contains fossil gas projects with a lifetime long beyond 2050.

“The Commission’s support for yet more fossil gas projects will bring us a step closer to climate breakdown. We’re in a climate emergency, yet instead of launching a 100% renewable energy transformation, the Commission are building for disaster by needlessly expanding our fossil gas network.”

“The climate emergency cannot be solved by supporting dozens more fossil gas projects. This fourth list of priority EU energy projects completely contradicts the Commission’s stated aim of decarbonising our economy and heeding the calls of youth climate protesters. It contains several huge gas pipelines and new LNG terminals, many of which will import fracked gas from the US with devastating impacts for communities, the environment and our climate.”

A European Commission official noted to MEPs today that most of the original fossil gas projects included in the first PCI list in 2014 still remain on this fourth list. 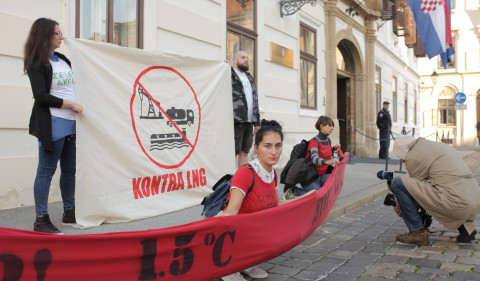