After years of campaigning, Mount Srđ, the picturesque hill overlooking historical Dubrovnik in southern Croatia, has moved a step closer to safety after a court annulled permission for a destructive golf resort development.

The ruling from the administrative court in Split annulled the environmental permit for the development, confirming what the "Srđ is ours" initiative, Zelena akcija/Friends of the Earth Croatia and experts had long claimed: that the development is simply not compatible with the local environment.

The development would have turned a huge swath of the pristine area above Dubrovnik into a golf resort, and meant building villas and apartments large enough to house 20,000 people on the plateau overlooking the city.

The campaign has huge popular support, with 84% of local citizens voting against the project in a referendum, in spite of political and media support. 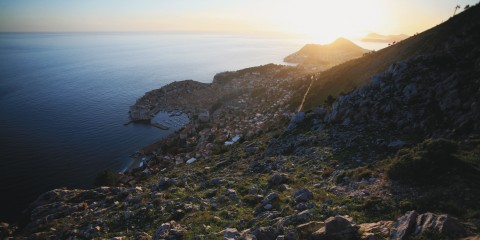 This is the latest success for the Srđ je naš campaign and the people of Dubrovnik, who had already prevented a hydroelectric power plant being built on the river Ombla – which would have powered the golf resort on the region's source of drinking water. The hydropower plant was finally abandoned after strong pressure from Zelena akcija/Friends of the Earth Croatia and other local initiatives from Dubrovnik led to European banks withdrawing finance.

Enes Ćerimagić, a legal expert from Zelena akcija/Friends of the Earth Croatia said "This is a big victory in our campaign and confirmation of the harmfulness of this project to the environment. We will now ask for the repealing of the location permit which was issued on the basis of this now discredited study.

"The administrative court's verdict is the beginning of the end of the 'apartmentisation' of Mount Srđ, and is a victory of citizens over speculators. From the very beginning the project was based on an illusion created by an aggressive marketing campaign and malicious manipulation of procedures. One by one, the court decisions on which the project is based are collapsing, all thanks to the decades-long effort of organised citizens."

At the same press conference in Dubrovnik town hall, Đuro Capor, coordinator of Srđ je naš and a Friends of the Earth Europe 'Keeper' noted that the study had considered only the environmental impact of building a golf course, and not the extra villas and apartments.

The Mayor of Dubrovnik, Andro Vlahušić had cited the now-refuted decision as one of the main reasons for his support of the project. With this court verdict, Srđ je naš now hopes the city administration will stop supporting the golf resort.