Czech activists join the fight to save Białowieża forest

At this very moment, harvesters are logging some of the most precious parts of the Białowieża forest in Poland, one of Europe's last remaining primeval forests, where natural processes have continued without human intervention for thousands of years.

A group of nine Czech men and women – officially supported by Hnutí DUHA/Friends of the Earth Czech Republic – joined the Polish non-violent blockade of the logging of the Natura 2000 and UNESCO-protected natural heritage site.

Three women and six men set off from Brno, Prague and elsewhere to help several dozen Polish activists who have been defending the old-growth forest in Białowieża for the last two weeks. 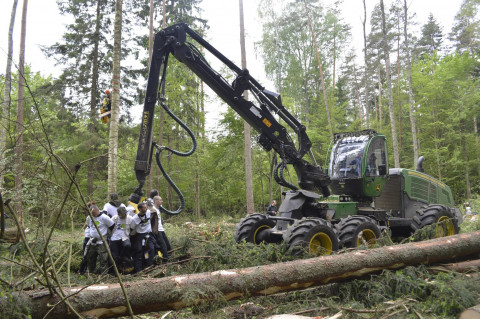 By peacefully preventing the heavy machinery from being used, campaigners are trying to draw attention to the ill-considered and likely illegal decision of the Polish government to log Europe's last remaining lowland primary forest.

The Białowieża woodlands are home to many protected species including 800 European bison (Europe's largest mamal), wolves, beavers, and Eurasian lynx. Logging also affects the habitiat where critically endangered species of birds –including the three-toed, black and white-backed woodpeckers, and the boreal owl – are nesting. Trees over a hundred years old are being cut down by harvesters.

So far, the Polish government has ignored the calls made by hundreds of scientists and international institutions and NGOs – as well as those of the EU Commission, which accuses Poland of breaching EU nature laws. Throughout Poland, people are rallying to back the blockade and oppose the irreparable damage the logging is causing to the Białowieża ecosystem. Hundreds of Czech citizens showed their support and shared the information. Many Czech scientists added their names to the urgent appeal to the Polish government to stop the destruction. 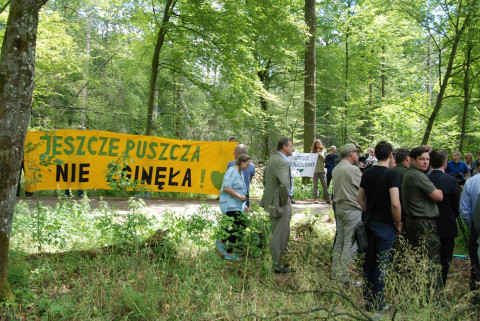 The civic blockade to save the ancient woodland is the first in which Czech volunteers have participated. They have responded to the calls made by Polish environmental activists asking for international help to protect the Białowieża wilderness. Information in Czech is shared via the Facebook page Podporuji blokády kácení stromů v pralesích (Supporting the blockades of logging in primary forests). See also the campaign I love Bialowieza.

Jaromír Bláha, Forestry expert with Hnutí DUHA / Friends of the Earth Czech Republic, who joined the blockade, said "The Białowieża forest is the last preserved lowland primeval forest in Europe. We cannot just stand by and watch as it disappears from Earth. Polish and Slovak people helped us to defend the Bohemian Forest wilderness; now it is our turn to help save Polish nature. Our shared European natural heritage is at stake." 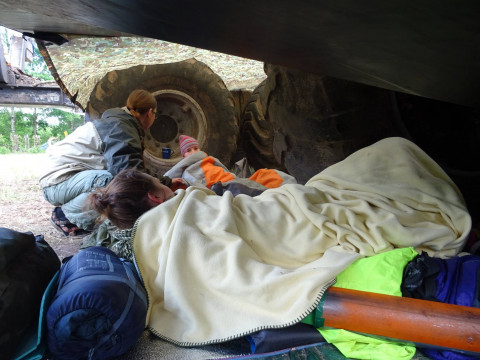 Martina Dušková, a participant of the non-violent civic blockade, said: "If we allow this wilderness to be destroyed, it is lost forever. It is up to us to protect the last remaining wild places for the future. If we try hard enough, there is no reason why we should not succeed."

Jan Skalík, a participant of the non-violent civic blockade, said: "I am amazed at how beautiful the decaying trees in the native forest can be. Only a short distance from here, old tree stands are being cleared away. We must oppose this; otherwise, we lose the unique opportunity to see what wild nature looks like."