Farming should work in harmony with nature, not kill it

Intensive farming continues to wreck Europe’s nature: even protected habitats and wildlife are not immune.

In the wake of shocking reports of insect and wildlife decline, attention is turning on intensive farming in Europe.

Intensive agriculture has major negative impacts on Europe’s biodiversity - whether due to pollution, pesticides, deteriorating soils, or unsustainable water use. But even highly biodiverse EU protected nature areas are not immune.

Now a group of environmental NGOs - Friends of the Earth Europe, together with BirdLife Europe, European Environmental Bureau, and WWF - are calling on Environment Commissioner Karmenu Vella to use the remaining months left of his mandate to leave a lasting legacy for nature by intervening where EU governments are turning a blind eye to this destruction.

The EU’s nature’s laws – the Birds and Habitats Directives – are world-leading and protect threatened wildlife and habitats. But even these strong legal protections are not enough to guarantee rare species and breeding habitats are preserved from damage by industrial farming.

European wildlife is unique in needing managed farm landscapes such as meadows for its survival, and when farmers use agro-ecological methods in harmony with nature, wildlife bounces back. 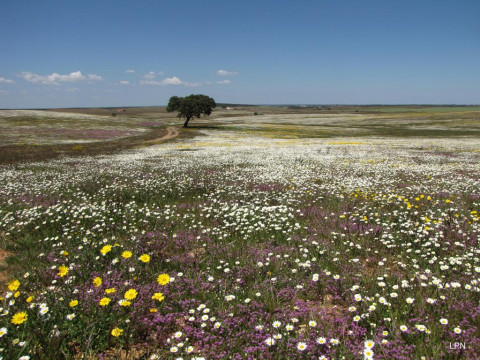 One example is Castro Verde in Portugal, where an EU-funded nature-friendly farming scheme has created an ‘island of nature’ in a sea of intensive agriculture. The scheme promoted traditional land use with one year of crops followed by several years of extensive grazing by sheep. This ensured that a unique flora and fauna was preserved, including birds of prey and vultures, as well as increases of little and great bustard. Castro Verde is now internationally renowned and was awarded the status as a UNESCO world heritage site.

Unfortunately, too often EU agricultural policy and funds are not used to support farmers to work in harmony with nature. The results can be devastating.

A number of cases illustrate why even rare and protected nature is falling victim to destruction by intensive farming. And EU politicians are holding back from challenging breaches of nature laws. 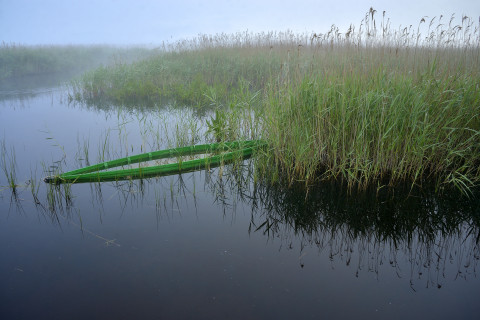 One protected site where the impact of intensive farming is strongly felt is the Tablas de Daimiel wetland in central Spain. The wetland, which has a high abundance and diversity of birds, fish and aquatic plants, is one of numerous examples of damage from intensive farming.

Tablas de Daimiel has an excessive number of illegal wells that are used by farmers to intensively irrigate fields. These wells continue to drain this wetland dry. It is an infamous case of wetland degradation - despite being a protected site under EU nature laws. Between 2006 and 2009, the wetland completely dried up causing a severe underground fire. This, together with fertiliser run-off, have had dramatic consequences on the ecosystem.

EU enviornment Commissioner Vella has so far failed to act to protect the wetland from industrial farming. The European Commission should bring an infringement case against Spain for the lack of implementation of EU nature and water legislation and ensure that Spanish authorities work with farmers to control illegal water abstraction. 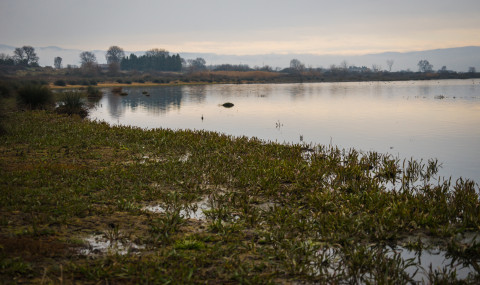 Water abstraction for agriculture is also a problem for the fourth largest lake in Greece, Lake Koroneia, and this is exacerbated by pollution from intensive farming.

The lake used to be over 45 sq km in size but it has lost a third of its surface water area in 30 years. This is bad news for the fish and birdlife that call the lake home. Lake Koroneia is also currently polluted by runoff from a nearby landfill site.Lake Koroneia hosts numerous threatened, endemic and rare habitats, species and breeding, wintering or staging birds and is a Natura 2000 protected site.

Leave a legacy for nature

NGOs are calling on EU environment chief Karmenu Vella to ‘leave a legacy for nature’ in the final months of his post, by ensuring illegal nature damage is robustly challenged.

And civil society calls on EU decision makers to ensure an environmentally ambitious reform of the Common Agricultural Policy (CAP):

Europe's wildlife is vanishing. Intensive farming is polluting our rivers. #Nature protection laws are being flouted. @KarmenVella will you leave a lasting legacy for nature?#NatureAlert pic.twitter.com/kuIGWHoRLl