On the front line of biofuels in Indonesia

This week, two Indonesian activists came to Brussels to speak to MEPs and policymakers to highlight the devastating impact that EU biofuels policy is having on their country.

Indonesia has some of the most biodiverse rainforest in the world. Yet it is now the world's premier site of deforestation, driven by the rapid expansion of palm oil plantations.

Currently Indonesia is host to 13.5 million hectares of palm oil plantations – an area bigger than Denmark, Belgium and the Netherlands combined. This shows no sign of abating, with the government planning to expand to 28 million hectares by 2020.

"Europeans should know that expanding oil palm plantations is bad for the climate, because Indonesia is the biggest deforestation country in the world with thousands of forest fires and damage to carbon-rich peatlands", Bondan Andriyanu of Indonesian NGO Sawit Watch (Oil Palm Watch), told MEPs.

Accompanying the clearing of forests are hundreds of cases of conflicts and land grabs of local communities' lands linked to palm oil expansion. Sawit Watch has identified 731 such current land conflicts, although these are only the ones that are recorded – many others do not have access to NGO and civil society groups to report to.

The problem is particularly acute in West Kalimantan, from where Laili Khairnur of Gemawan, a social justice and community activism organisation (and local group member of WALHI/Friends of the Earth Indonesia) had also travelled. 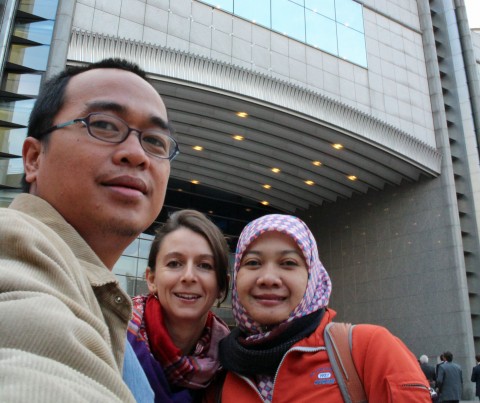 EU biofuels policy currently requires 10% of transport energy to come from renewable sources by 2020, but almost all of this is biofuels from food and oil crops mixed into the fuel sold at the pump, which is in turn helping to drive deforestation, land grabs and climate change. And it is impacting Indonesia particularly hard by driving the expansion of palm oil. Since 2006, palm oil imports into the EU for direct use as biofuels have increased by 365%.

This massive EU demand for biofuels is also exacerbating human rights abuses, due to the expansion of palm oil plantations. Laili Khainur explained how members of her staff had been hospitalised after being violently attacked by private security guards for joining with local communities to protest against palm oil land grabs. Other community victims have faced criminal charges and prison sentences.

"In West Kalimantan we have had 124 cases until now of land conflict – but I think it could be more, because it's only what we have been able to record", noted Laili Khainur. 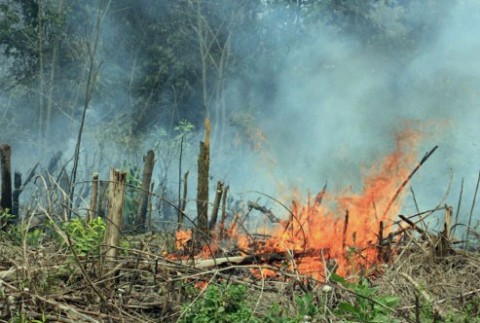 Communities which had traditionally depended on the richly biodiverse forests of the region to gather, hunt, and grow their food and support their livelihoods, now find they have to rely on poverty wages as day labourers to buy imported food. This loss of food sovereignty is a direct consequence of the vast palm oil monocultures that have supplanted many community lands.

This forced shift towards casual labour in oil palm plantations implies desperate labour conditions: underpaid and frequently in debt to the plantation owners, many are also forced to work without protection from the chemicals used to treat the land. Women are particularly adversely affected, having to work unpaid in the fields to support their husbands as well as undertaking traditional domestic duties.

"People in Indonesia are losing their food sovereignty because of the expansion of palm oil plantations – including local food and forests used for hunting and gathering", said Bondan Andriyanu.

The experiences of Laili and Bondan, and the communities they have come to Europe to represent, are a stark reminder of the destructive realities of biofuel production in the global South. "My message to Europe is stop taking our land for your biofuel!", said Laili Khainur.

Friends of the Earth Europe is calling for EU government ministers and MEPs to prevent further harm to people and the environment, by halting and reversing the growth of harmful biofuels and accounting for their full climate cost including CO2 from felling forests, plundering peatlands, and expanding agriculture to satisfy Europe's hunger for more biofuels.