Jaromír Bláha, a prominent member of Hnutí DUHA/Friends of the Earth Czech Republic, has been awarded the prestigious Josef Vavroušek Prize. He was honored for his long-term contribution to environmental protection and sustainable development.

Jaromír is active on many levels when it comes to issues surrounding conservation. He appears in the media, takes part in public debates and negotiates with politicians. He has dedicated his life to environmental conservation. The Josef Vavroušek award is meant to recognize that commitment, but also to shine a spotlight on one project in particular, his work concerning the Sumava National park. 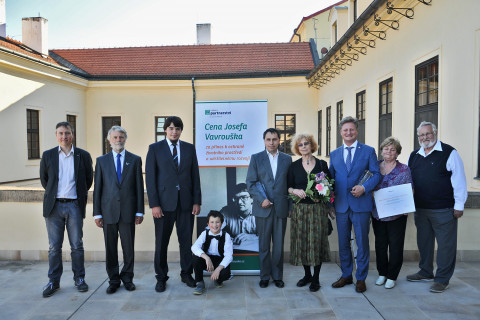 “Jaromír is one of the key experts in wild nature protection in Czechia. I’m proud that he has connected his career and his life with Hnutí DUHA/Friends of the Earth Czech Republic. He was the main driving force in the campaign that saved the wildlife in the Šumava Mountains from several attempts on devastation. That campaign has now resulted in the enforcement of better regulations in national parks across the country through an Amendment to the Nature Conservation Act, which stipulates that half of each national park’s area is designated for wildlife protection.’

Jakub Hruška, chairman of the platform Vědci pro Šumavu (‘Scientists for Šumava’) and a member of the NP Šumava Council, said:

‘Jaromír has always been a tireless and stubborn engine in the fight for the forest protection. When all of us were already fainting, he was the one to not let us lose courage and focus. The approval of the Amendment to the Nature Conservation and Landscape Protection Act is his success and the Josef Vavroušek Prize is in good hands.’ 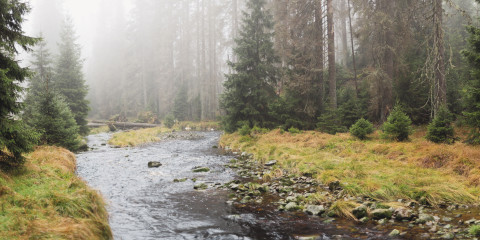 The Josef Vavroušek Prize has been awarded for more than 20 years. It has been awarded annually to a person who has demonstrated long-term contributions to environmental protection and advocacy for sustainable development. The award was established by the Charter 77 Foundation in 1996, in memory of the former Federal Minister of the Environment, Josef Vavroušek, who tragically died in an avalanche in 1995. Josef Vavroušek was one of the main representatives of the concept of sustainable life not only in the Czech Republic, but also across Europe and he was a well-known authority in the field of the environmental protection. Since 2014, the award has been coordinated by the Environmental Partnership foundation.

‘I consider the Josef Vavroušek Prize to be  an award for all of Hnutí DUHA - Friends of the Earth Czech Republic, not just me – like the European prize EuroNatur that we received three years ago. Everything which I was awarded this prize for was a result of the teamwork of employees and volunteers. For me personally, these awards make me feel the work we do is getting attention and being appreciated by people around, in Europe and in our country.‘ 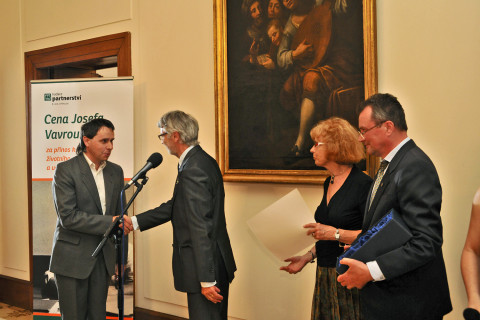 Bláha is no stranger to awards. He has been awarded several international prizes for his professional, civic and public enlightenment activities related to nature protection. In 2014 he and the rest of Hnutí DUHA were awarded the EuroNatur award. Some notable past winners of this prize are Prince Charles, Nelson Mandela and Michail Gorbačhev.

‘If these awards were our objectives, I would say that I actually have nothing more to fight for, because I have now received the most respected awards for nature and environmental protection, both in Europe and now also in the Czech Republic. However, I don’t know if I have received  them too soon –I see more problems with nature conservation in the Czech Republic which I would like to continue working on. For example, extending the areas dedicated to protecting natural processes, and improving management of those forests that we want to cultivate in an environment-friendly and natural way.‘