We are facing a planetary emergency. To avoid catastrophic climate change we need to dramatically reduce emissions and go fossil free by 2030.

People and planet are already experiencing man-made climate change, and unless we take urgent action the impacts will become much more devastating.

Europe is responsible for a large proportion of the emissions that are already in the atmosphere. Friends of the Earth Europe believes those most responsible for climate change must do their fair share and lead on climate action. We need to go fossil-free fast.

To make this reduction Friends of the Earth Europe believes that we need to drastically reduce energy consumption and switch to 100% renewables as rapidly as possible. Electricity production will need to almost entirely come from sustainable renewable energy sources including solar, wind, wave, tidal, geothermal and small hydroelectric. Moving off fossil fuels and onto renewables, in combination with strong energy savings measures, will cut emissions and reduce our over-dependence on energy imports. Renewable energy also has the potential to create long-term, sustainable, green jobs.

This transformation is made much more possible by the fact that technology now available makes a 100% renewable energy system viable – with today’s smart energy storage, sector connections, and demand response tools helping to overcome a longstanding renewable energy challenge of variable supply – and that the cost of renewables technologies is falling dramatically.

However, our current energy system is still dominated by a small number of giant energy corporations who wield control over our energy production and pricing. They seek to keep us hooked on a high-consumption, fossil-fuelled economy, and are taking decisions to maximise their profits.

We think our energy future should be in the hands of citizens rather than big energy monopolies. And indeed, people are already at the forefront of the energy transformation across Europe, building climate-safe, community-owned energy schemes.

Cities and ‘energy citizens’ are at the vanguard of Europe’s energy transition – which is seeing Europe’s energy shift to greater democratisation and decentralisation. Close to 1,000 local leaders are committed to carbon neutral cities by mid-century, and 42% of renewables in Germany are owned by citizens and cooperatives.

By putting people’s ownership and community benefits at the heart of renewable energy we can achieve an energy transition more quickly, fairly and with added social benefits. There are already a growing number of communities and citizens groups involved in producing renewable energy. There is a Europe-wide movement benefiting from and taking control of energy ownership.

There are wide-ranging benefits to society and government from greater uptake of community energy. It can mobilise much need funds for the transition to a clean energy system. It creates greater involvement in energy planning and these active energy citizens are involved in overcoming the challenges of energy transition. 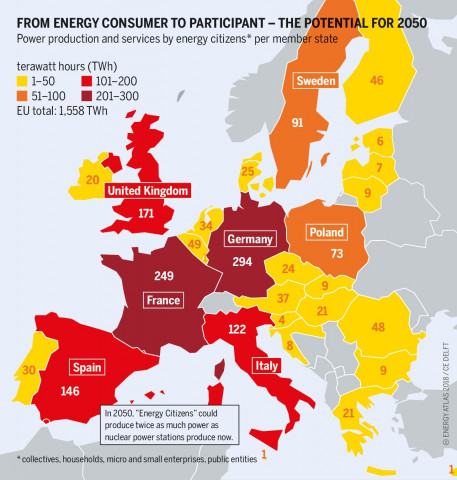 This is a growing movement whose time has come.

All over Europe, this revolution has started. These groups take a wide variety of forms: villages that own wind turbines in a nearby field, co-operatives which produce and supply renewable electricity, community action groups aiming to reduce energy consumption in their area, residents of apartment blocks who collectively own solar panels on their roofs. Not only are they cutting carbon, but often these projects have solidarity as a central value, involving disadvantaged groups and tackling energy poverty to protect vulnerable member of the community.

Those involved are already benefiting from involvement in energy projects. These benefits are as diverse as the projects themselves. Investors are seeing paybacks from buying shares, funds are becoming available to strengthen community clubs and other voluntary groups, people are gaining pride and confidence by working together to achieve something, and many people are receiving free or cheaper energy. 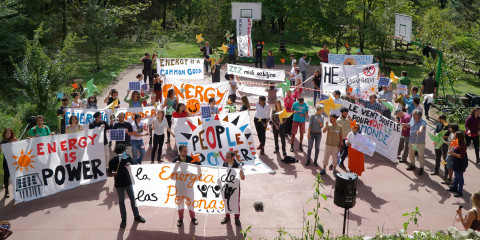 Friends of the Earth Europe is working at European and national level to remove barriers to the development of community energy. We are bringing the voices of energy communities on the ground to decision-makers in Brussels and in European capitals. We work with diverse allies to co-ordinate the growing movement of energy citizens across Europe. We aim to provide decision-makers with the information and inspiration they need to facilitate more and more communities to own and run their own, clean energy supply. 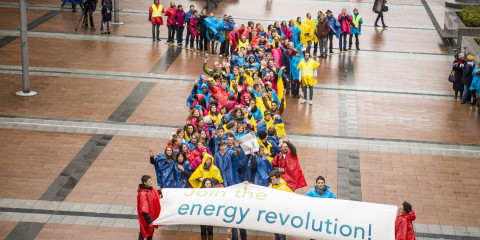 As part of the Fossil Free Europe campaign, Friends of the Earth is campaigning to: